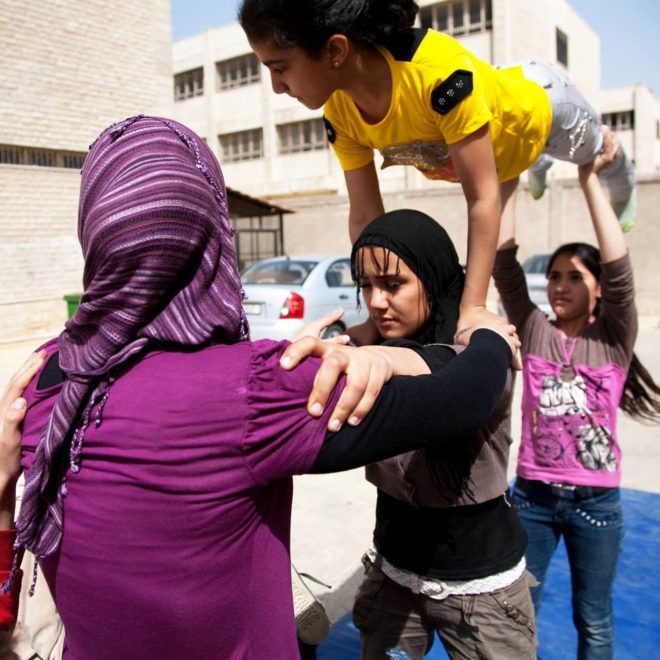 Send a smile and a street artist to a refugee in Libanon. The aim of the project Circus Beirut is to create inspiration, joy and motivation for inhabitants of the refugee camps in Beirut. Groups of volunteer street artists visit the camps and will put on shows alongside courses in street arts for both young and adults. The concept has previously made a difference in refugee camps in Syria and Palestine by strengthening the will to live, the team building, the joy, the learning, and much more,  of the inhabitants.